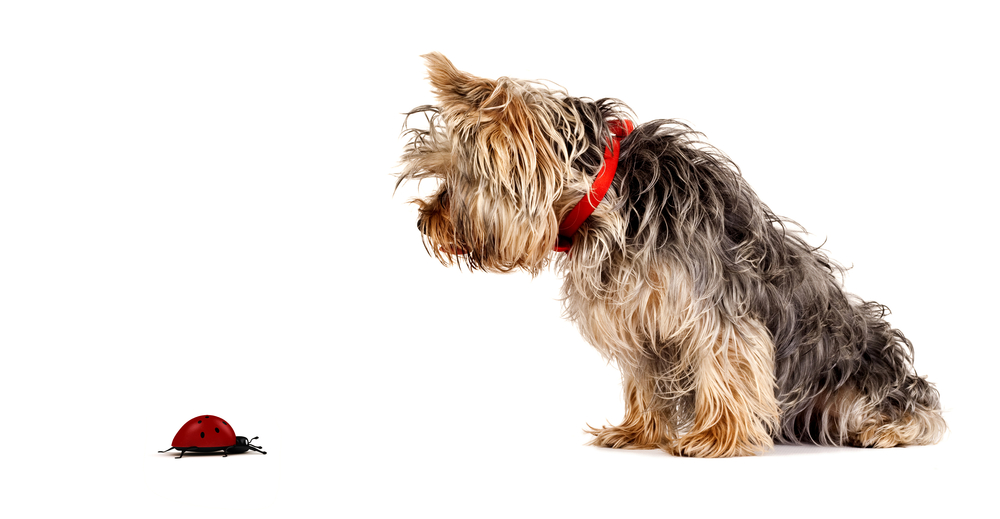 Bugs Your Dogs Should Not Eat

Many people often wonder, is it safe for dogs to eat bugs? In most cases, bugs won't hurt your dog; however, several bugs are dangerous or poisonous, including the monarch butterfly and caterpillars. Knowing what types of bugs are around your house could decrease the panic level a little bit if you see your dog going after something. Clint Miller exterminating can help eradicate bugs around your yard and house so you could almost eliminate the chance of your dog eating a bug.

Fireflies – sometimes called lightning bugs – are beetles that are harmless to humans, but not to dogs. They contain lucibufagins, which is toxic to dogs, birds, amphibians, lizards and some other animals. The lucibufagins in lightning bugs could cause your dog to have a lack of appetite and could also cause vomiting. Dogs are attracted to them because of the light they put off. The light is how these beetles communicate with each other, find a mate and warn predators off.

This beetle was brought over from eastern Asia in the late '70s and early '80s to control scale insects, aphids and other agricultural pests. They were released in a few states, but have since spread throughout the rest of the country. The Asian beetle looks like a ladybug but is dangerous to dogs. The beetle has a chemical that could cause burns in your dog's gastrointestinal tract and mouth. The Asian lady beetle has black markings in the shape of an 'M' behind its head. Unlike native ladybugs, the Asian beetle does bite, and the chemical they secrete when disturbed stains.

The monarch butterfly and caterpillars are more bugs your dogs should not eat. The monarch butterfly lays its eggs in the milkweed plant, which is also poisonous to dogs. This plant is also the only plant the larvae eat. The plant, butterfly and its caterpillars have a very bitter taste, so it's rare that dogs will eat them. What makes the milkweed plant poisonous is the toxic chemical cardenolides. Because the larvae eat the plant, the butterfly and larvae have the chemical in their bodies. Cardenolides disrupt the heart's electrolyte balance and can stop the heart from beating. If you suspect that your dog ate the plant, butterfly or its caterpillars, take the dog to the vet immediately. Symptoms include tremors, dilated pupils, abnormal heart rate, seizures, weakness, and finally, death if left untreated.

June bugs, cicadas and stink bugs aren't toxic and they don't sting or bite. However, they have a hard shell that doesn't digest. If your dog eats enough of them, it could cause a blockage that would require surgery to repair. They could also cause diarrhea, vomiting and stomach upset unless your dog has a cast iron stomach. Stink bugs will cause a dog to vomit or drool after biting one.

Some caterpillars sting or could inject venom into a dog. The woolly bear isn't toxic to dogs, but the hairs could cause a dog to salivate, cough or gag when they get stuck in the mouth and throat. Saddleback, Io moth, monkey slug, gypsy moth, flannel moth and puss moth caterpillars could all sting or inject venom.

The biggest damage from these bugs is the sting if a dog is allergic. Venomous spiders such as the black widow and brown recluse could cause a serious illness or death. Bees pose no harm, less for pain from the sting unless your dog is allergic. It's best to keep dogs away from bees.

Cockroaches are harmful bugs to dogs in that they could carry parasites and pass them on to your dog, as could crickets and beetles.

If you see too many of these bugs around your house, especially inside your house, contact Clint Miller Exterminating for an appointment to spray.