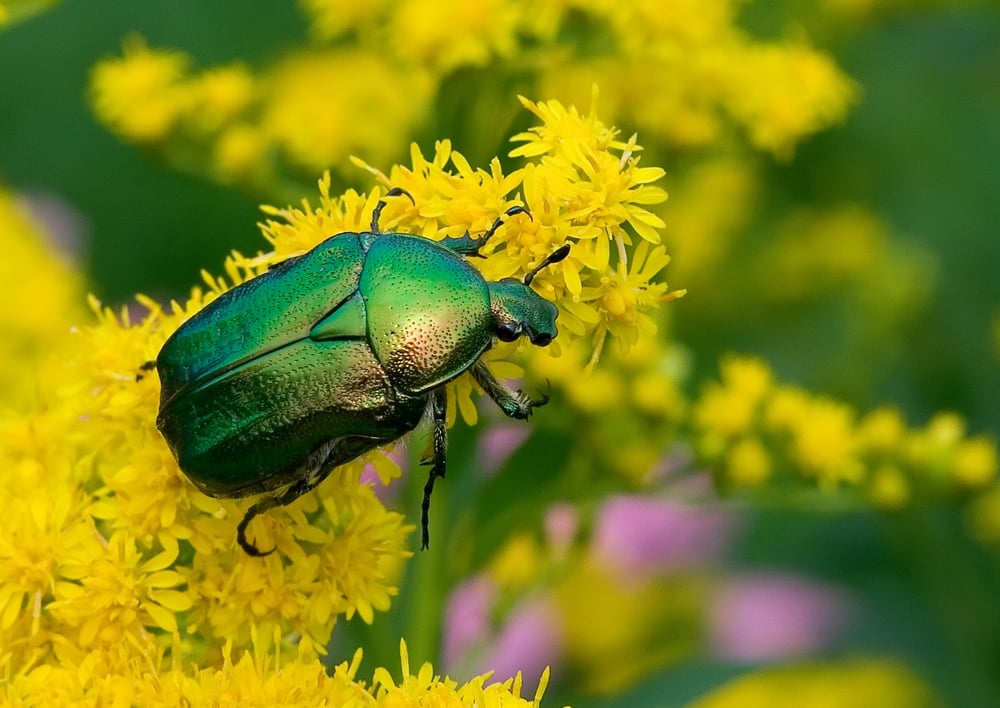 Everything About June Bugs

June bugs might seem useless to you – and they are definitely a hazard to your lawn, trees, vegetable garden and ornamental landscaping. However, they do have their place in the food chain: Birds like the larvae and the grubs make great fishing bait. If you love to fish, you might want to grab some larvae before you call Clint Miller Exterminating to get them out of your yard.

If you live in North America, you have a chance of being invaded by June bugs. During the day, the adults hide in the trees, eating the leaves. In the early summer, they swarm at dark. June bugs are attracted to light, so if your outside light is on, you can expect them to be around the light fixture. They'll also fly into the windows, especially if a room is brightly lit.

What is a June Bug?

The June beetle is also called the June bug or May beetle. It belongs to the genus Phyllophaga, which is a group of nearly 300 species of beetles. The subfamily is Melolonthinae, of the family Scarabaeidae. The order is Coleoptera. The June bug is reddish brown in color and range from 0.5 inch to 1 inch long.

The June bug has shiny wing covers, called elytra. The larvae are called white grubs. The grubs are about an inch long and live in the ground. The June bug larvae feed on the roots of grass. They kill your lawn because they sever the grass from its roots. June bugs also feed on corn, small grains, strawberries and potatoes.

Adults lay eggs in the ground, which hatch into larvae. The larvae live for up to three years in the ground, feeding on plant roots. The larvae then pupate. In the late summer, they emerge as adults. Before the cold hits, the adults bury themselves in the ground. In the spring, the adults re-emerge. The lifespan of a June bug is about four years, and they live as an adult for less than one year.

June bugs are bad for vegetation and your lawn. However, they provide food for birds and moles. They also make great food for pet lizards and toads. So, they do have their place; however, they are quite damaging to your landscaping.

The waved light fly – Pyrgota undata – is the June bug's biggest enemy. The female lays an egg under the June bug's wing covers. The egg then hatches and eats the beetle until the beetle eventually dies. Moles and birds are also enemies; however, there are usually too many beetles for these natural predators to control.

If you notice a problem with June bugs, especially unexplained dead spots in the yard or leaves with holes in them on your trees, contact Clint Miller Exterminating for an appointment. We'll come out and spray for June bugs and other pests that destroy your landscaping.